OLBG compiled a list of countries likely to supply the most club players to national teams in the 2022 World Cup, using rosters collected on the Internet Archive. 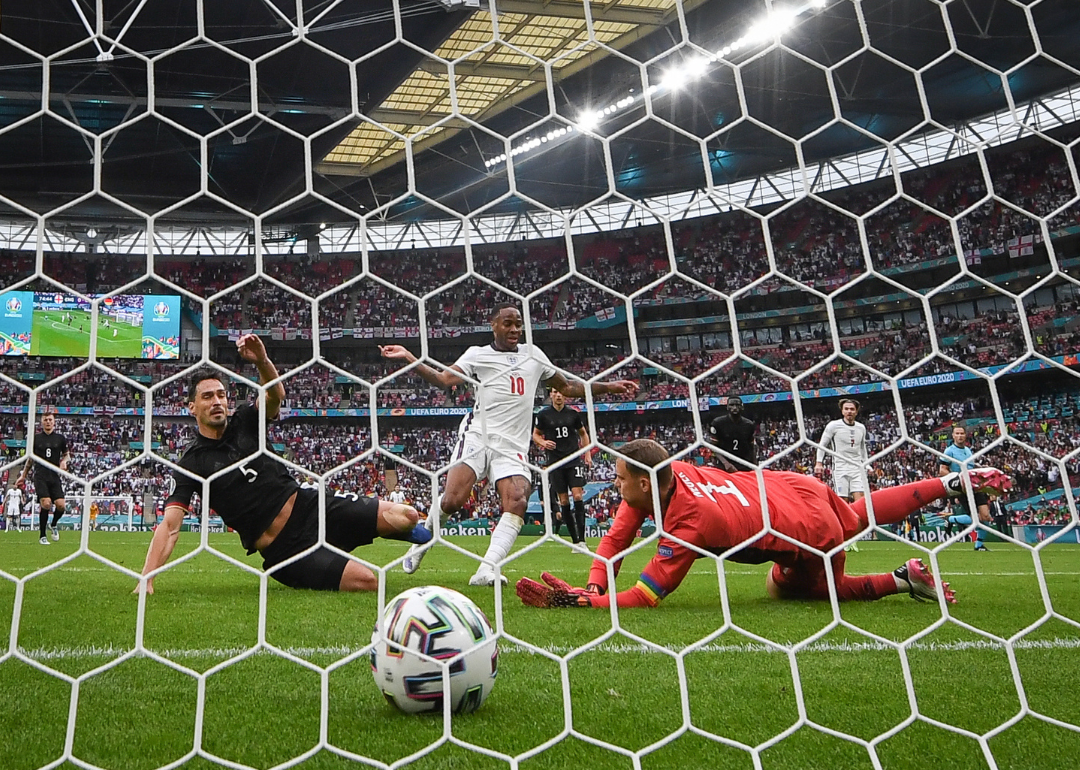 Soccer fans across the world will be glued to screens from Nov. 21 through Dec. 18. for the World Cup, the quadrennial extravaganza that brings together the best players in the world. Playing in one of the world's most watched, most prestigious sporting events is a dream for many players—and hopeful players-to-be.

To better understand which clubs and leagues have the most celebrated players, OLBG compiled a list of the countries whose clubs have sent the most players to the World Cup since 2006. This was done by checking the preliminary team rosters announced by FIFA before each World Cup. Rosters were collected on the Internet Archive. Besides national team counts, the data set revealed the top league and the top club in each country that has had the most players on World Cup teams since 2006.

This top 10 ranking is revealing because countries like Brazil (the only five-time World Cup champion), Argentina and Uruguay (which have two titles each) aren't on the list. Yet national teams that have never won the Cup, such as Portugal and the Netherlands, are. Here are the 10 nations with the most prestigious leagues and soccer clubs that attract the best players regardless of national origin. 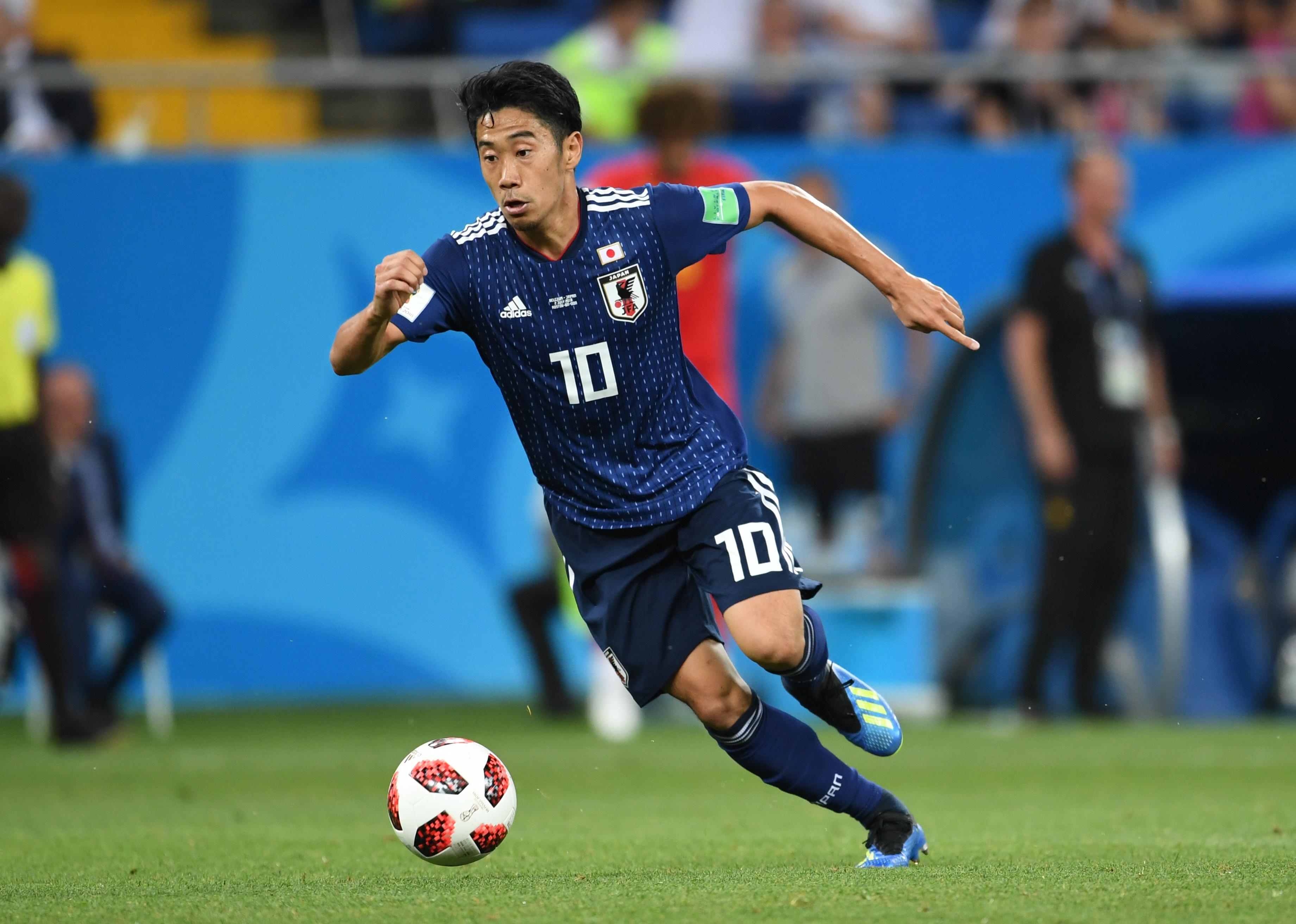 Japan, the only Asian team to land on this top 10 list, boasts a national men's team that has qualified for every World Cup since 1998. The sport's popularity was further boosted when it co-hosted (with neighboring South Korea) the 2002 World Cup. While most Japanese stars play in the J1 League, many of the best play in European clubs. Among those stars is midfielder Shinji Kagawa, Japan's most famous player, who has played for Manchester United and is currently with Belgium's Sint-Truiden, and the second-most popular Japanese player, Takumi Minamino, a midfielder who plays for Monaco. 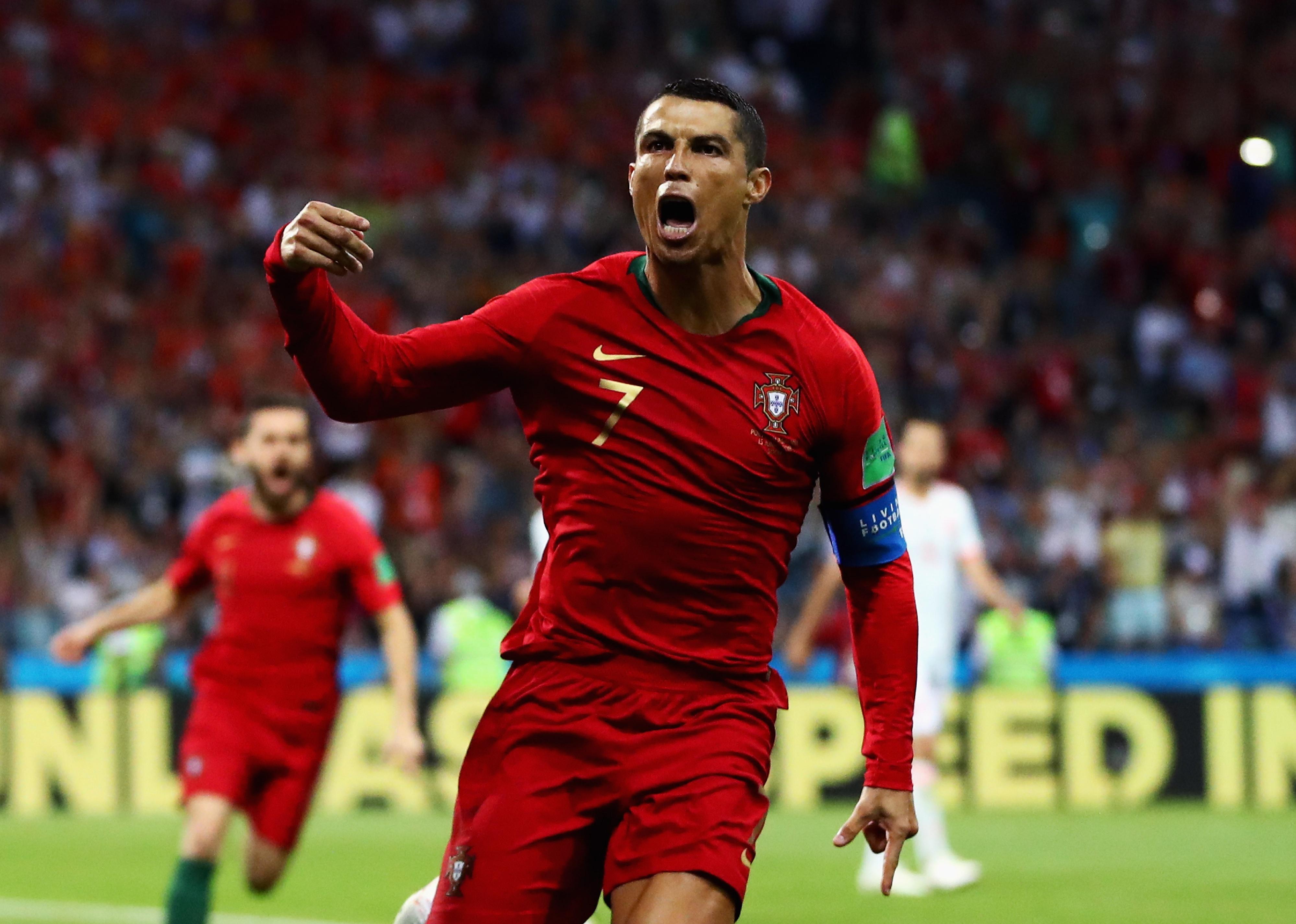 The idea that the size of a nation's population is tied to its chances for success at the international level was exploded by tiny Iceland's shocking World Cup wins in 2018—and by Portugal's spot on this list. The team representing the world's 89th most populous country placed fourth in 2006 and made the round of 16 in 2010 and 2018, respectively. In contrast, China's best placing has been 31st, India has never qualified for the Cup, and the third-most populous nation, the U.S., has never fared better than eighth (2002) since 1930.

Much of Portugal's success in producing top players for teams worldwide can be attributed to one star—arguably the best to ever kick a soccer ball: Cristiano Ronaldo. Still going strong, Ronaldo's mastery of the game has inspired a new generation of Portuguese players to carry the torch for the little country that could, luring international stars to play for Liga Portugal clubs. 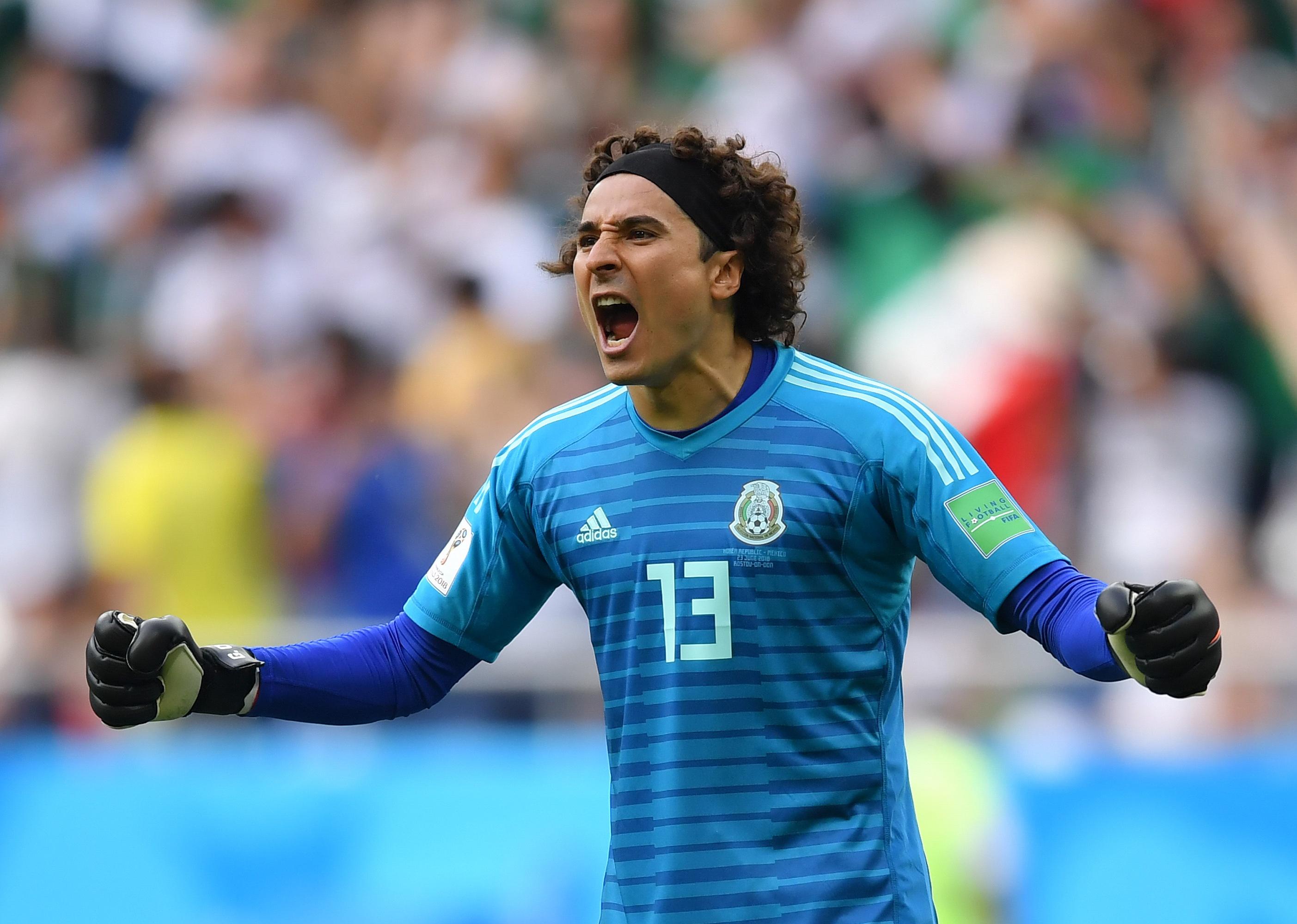 By the time Mexico hosted the widely televised 1970 World Cup, the national team had already established itself as one of the world's best. Few countries have performed as well over the years, with Mexican teams placing between 6th (1984) and 16th every year it's competed since the first World Cup in 1930.

Liga MX is among the top leagues in the Americas, and Club América shares the largest stadium in Mexico—hosting 87,000 fans—with the national team. A Nov. 22 match against Poland will kick off Mexico's attempt to take the Cup. Injuries to their leading strikers and a loss to Colombia in a September "friendly" match have many wondering whether Mexico will make it out of group play this year. 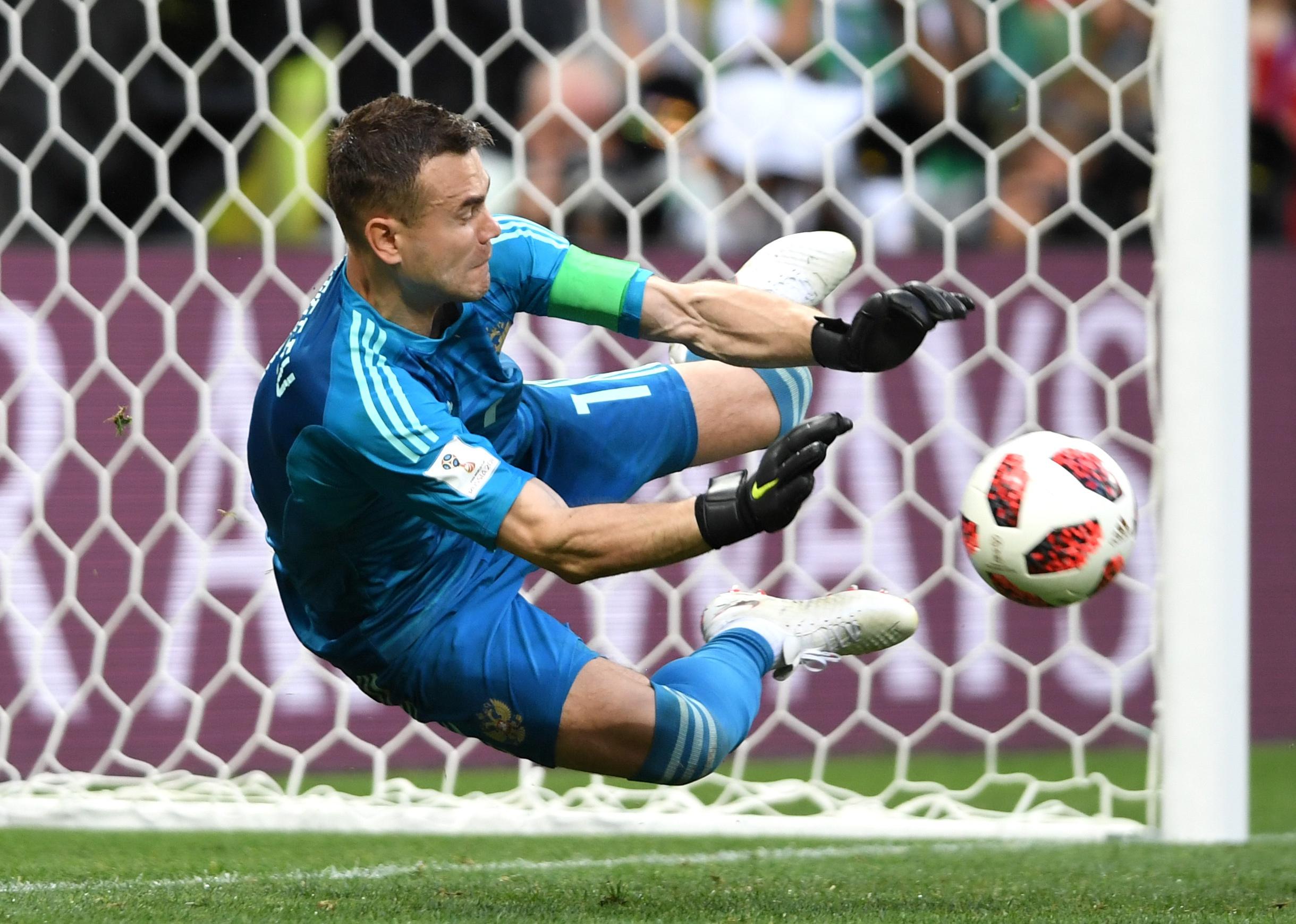 In March 2022, FIFA announced it would ban the Russian national team from playing at major club tournaments, including the World Cup, due to the Russia-Ukraine war. Russia was a quarterfinalist in 2018, placing eighth. As the Soviet Union between 1958 and 1986, the team did even better, placing in the top 10 six straight times (fourth in 1966). The ban will be tough on Igor Akinfeev, Russia's top homegrown player—the goalkeeper for CSKA Moscow is 36, so it might have been his last chance to star in a World Cup. 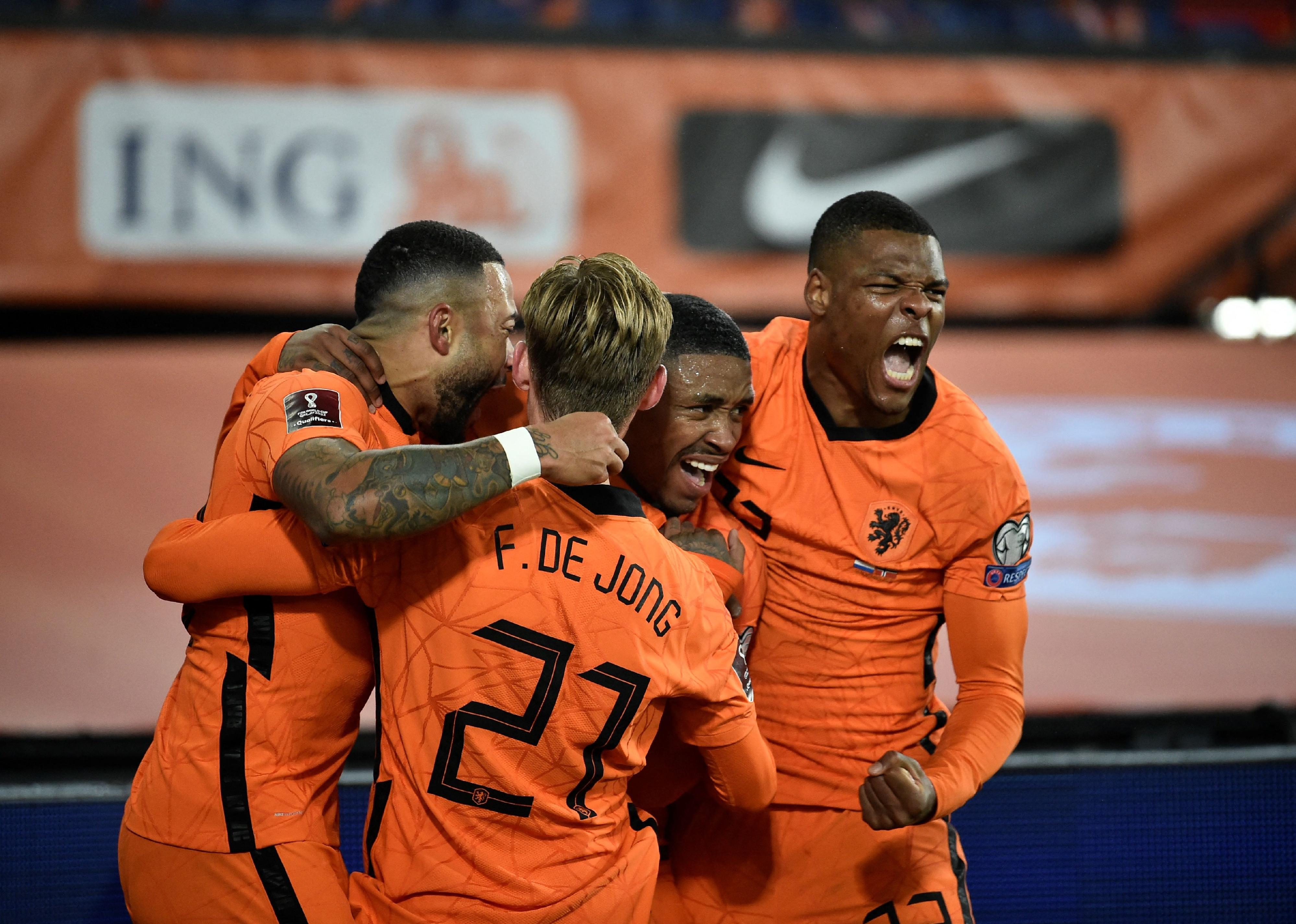 Holland is a soccer-mad country. Proof lies in the number of Eredivisie league teams—18 in a country where you can drive almost anywhere in less than three hours. And they all play in their stadiums, which include leading club Ajax's 55,000-seat soccer palace in Amsterdam. The national team's World Cup history is full of successes and disappointments, placing second three times, third in 2014, and fourth in 1998. But the Netherlands has also failed to qualify for Cup play eight times, most recently in 2018. It did qualify this year, earning the first seed in group play, and the Dutchmen in the distinctive orange uniforms are predicted to make it to the quarterfinals. However, this should be a good year as the Frenchmen have the first seed and are expected to get to the quarterfinals. Ligue 1's 20 clubs, led by Paris Saint-Germain—the reigning league champ with 10 titles—provide a constant flow of top players onto national teams. Paris-born striker Kylian Mbappé is the club's brightest star and the biggest name on the French team. 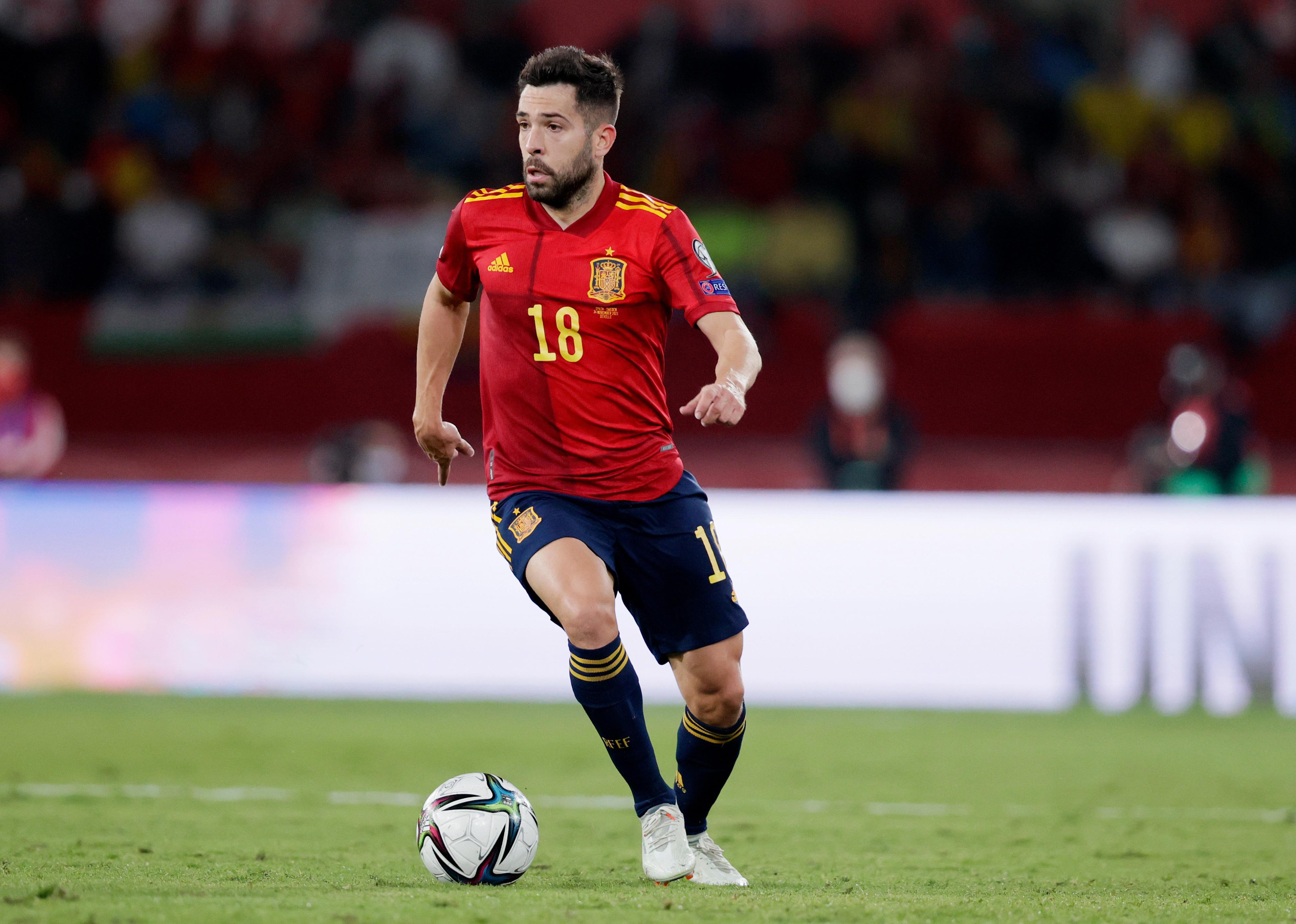 With Barcelona and Real Madrid each ranked among the world's top six soccer clubs, it's logical that Spain would have great success at the Cup. And it has, qualifying for every World Cup since 1978 and winning in 2010. Spain placed 10th at the last one in 2018, with Spanish fans looking to improve in Qatar; the country's predicted to make it as far as the semifinals. Many international players are groomed for their countries' national teams on LaLiga teams. For example, fewer than half of Barcelona's club players are Spaniards. And Spain's national team includes five players who compete for British clubs and two who play for Paris Saint-Germain. 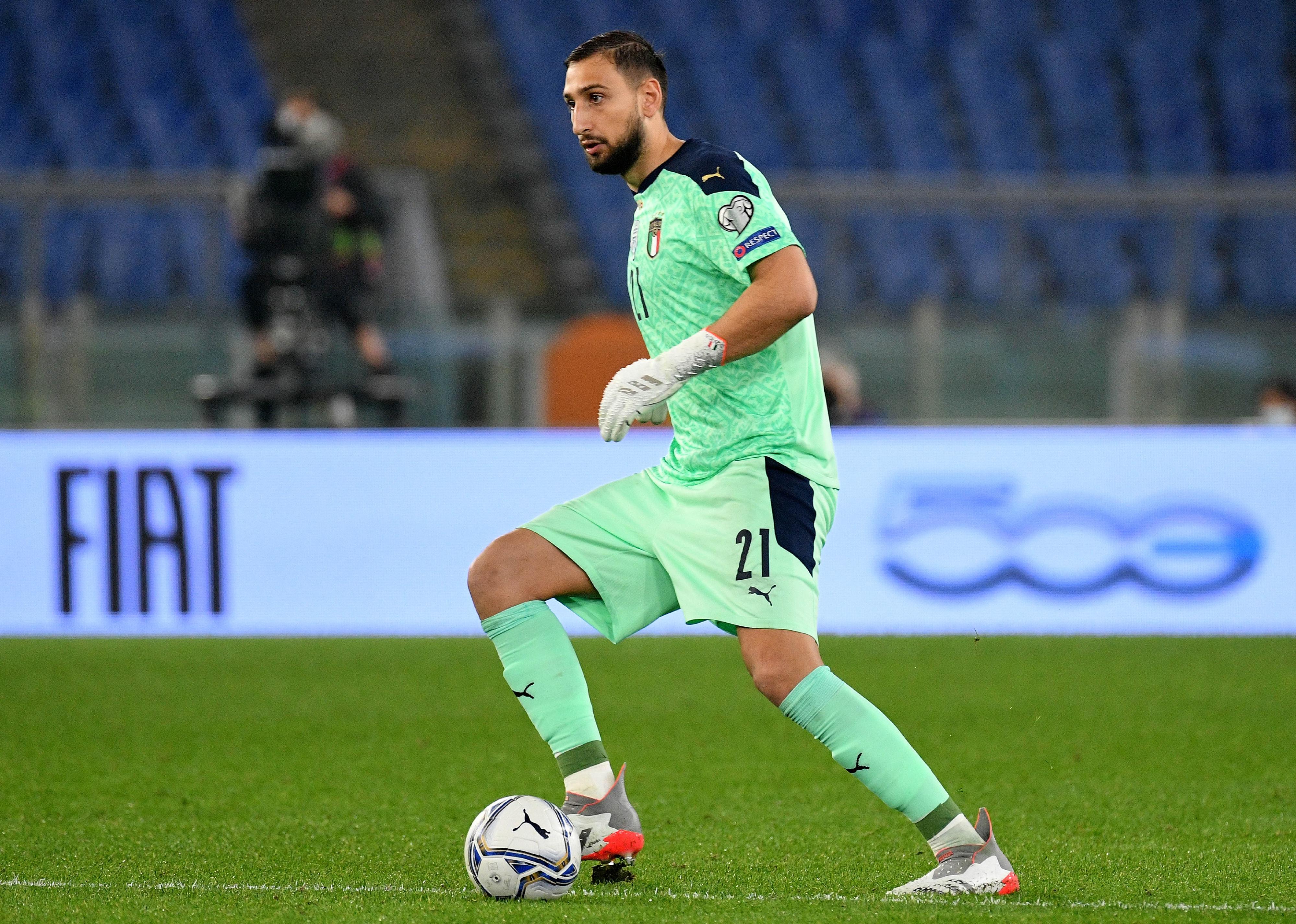 It was a shocker when North Macedonia eliminated Italy from World Cup eligibility with a 1-0 win in March. But Italy's inability to get past the group stage in 2010 and 2014 and then its failure to even qualify for the Cup in 2018 portended the team's fall from grace. This country has claimed four Cup titles—1934, 1938, 1982, and 2006—so it's a shocking turnaround for a national team that trails only Brazil in World Cup championships.

Explanations for the collapse vary, but it's telling that the only current star on the all-time rankings of Italian players only ranks #44. That would be Paris Saint-Germain goalkeeper Gianluigi Donnarumma, who will have to watch the Cup this fall. 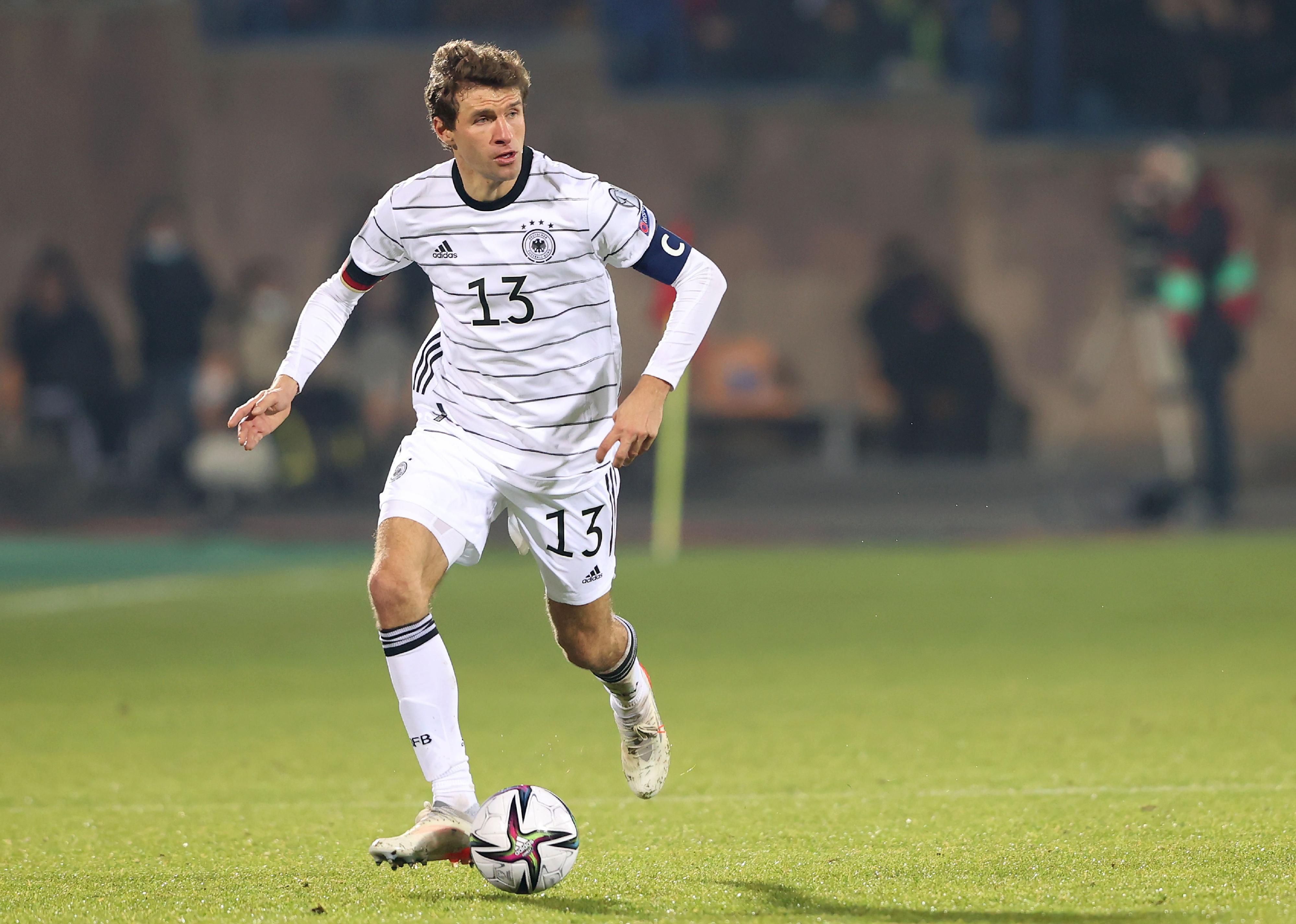 Along with Italy, Germany is the only team to win four World Cups, behind Brazil's five. But unlike Italy, Germany has remained a solid contender since claiming those titles in 1954, 1974, 1990, and 2014. The Germans are a favorite to make the final at the 2022 World Cup in Qatar, although fans have reason to worry. They were also favored to do well in 2018, but South Korea relegated them to 22nd with a 2-0 upset in one of the biggest shockers in Cup history. After that loss, motivation should not be a problem in Qatar. Meanwhile, teams playing on top Bundesliga teams like Bayern Munich and Eintracht Frankfurt—both among the world's top 10 clubs—prepare many players for an assortment of World Cup teams. 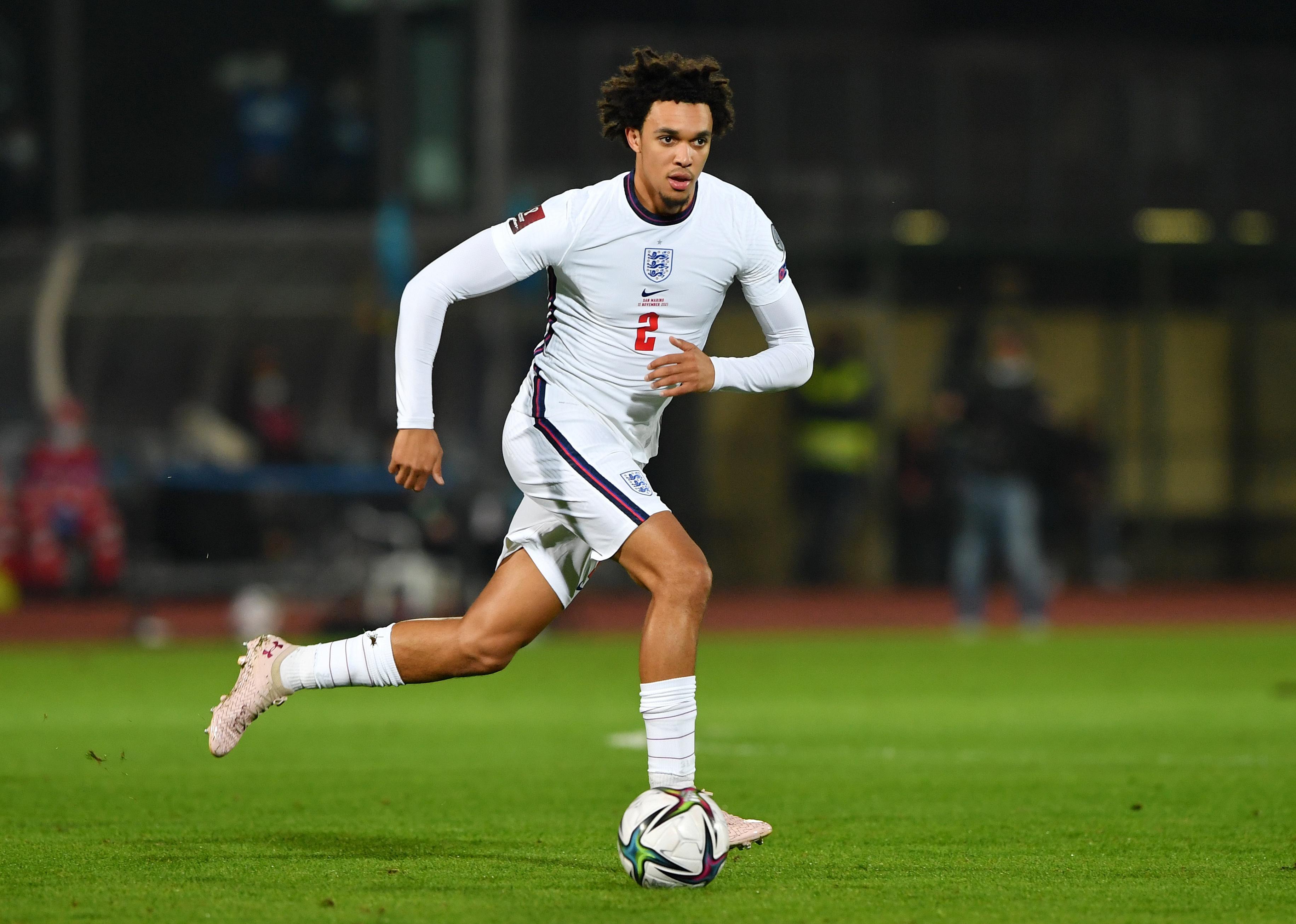 It's only fitting that the country where modern soccer originated in the mid-1800s is also the country that has had the most players on its club teams compete in the World Cup since 2006. Curiously, the English won the Cup only once, in 1966. But because the aptly named Premier League has so many great clubs—from Arsenal and Chelsea to Manchester United and Liverpool—it's become the premier training ground for players worldwide.

This year's English team is predicted to place fourth, the same spot as in 2018. Liverpool defender Trent Alexander-Arnold is the only player among the Premier League's top five who will represent England. Alexander-Arnold is a rising homegrown star born and raised in that city long after Liverpool fans sang "Hello, Goodbye."

This story originally appeared on OLBG and was produced and distributed in partnership with Stacker Studio.