Where do Alex Jones' damages rank among other high-profile defamation settlements?

Stacker compiled a list of recent high-profile defamation cases and compared the payouts to that of Alex Jones using a variety of news and other sources. 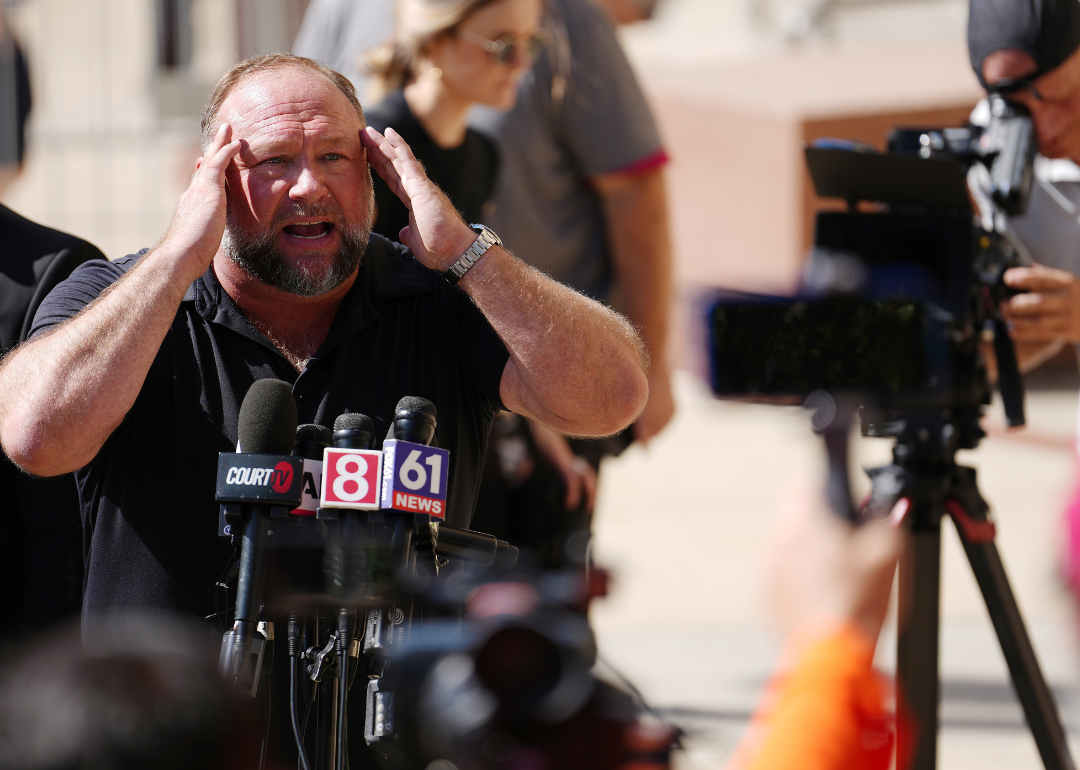 Name-calling and bad-mouthing may seem like issues that should just roll off someone's back, but when rumors get out of hand, they can impact a person's life. Particularly for those whose jobs rely in part on their reputation, a rampant piece of gossip can cause financial hardship, not to mention psychological damage. Suppose a person decides to pursue legal action to recoup their losses from such a circumstance. In that case, it becomes a defamation lawsuit, during which the person has to prove that either slander or libel has occurred.

Defamation case awards consist of two parts. The first includes actual, or compensatory, damages, which are intended to cover any losses suffered. For example, if a business lost customers due to comments made by another party, the company would be entitled to actual damages relative to the loss of those customers. The second includes punitive damages, which punish the party that made the slanderous or libelous comments.

Though there is no definitive ranking of the largest defamation case awards in U.S. history, Stacker compiled a list of recent high-profile defamation cases and compared the payouts to that of Alex Jones—a right-wing radio host known for spreading conspiracy theories—using a variety of news and other sources.

You may also like: What kind of data is your car collecting about you? 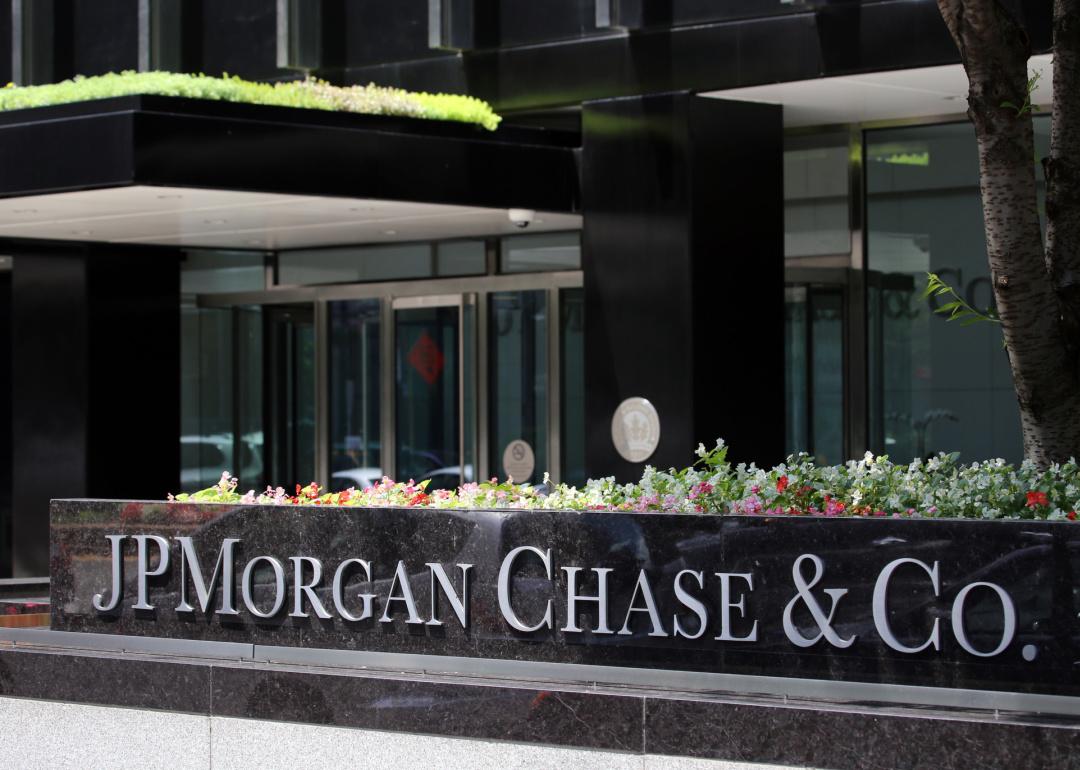 On Feb. 4, 2022, an unusual circumstance occurred where former JPMorgan Chase employee Dustin B. Luckett won a defamation case against the financial firm. It was determined that Luckett had been wrongfully terminated due to rumors claiming he had facilitated documents being notarized incorrectly. Though Luckett initially requested a settlement of $5.6 million, he received a lower settlement that included being reinstated as a Chase employee.

Cardi B and Tasha K: $4 million 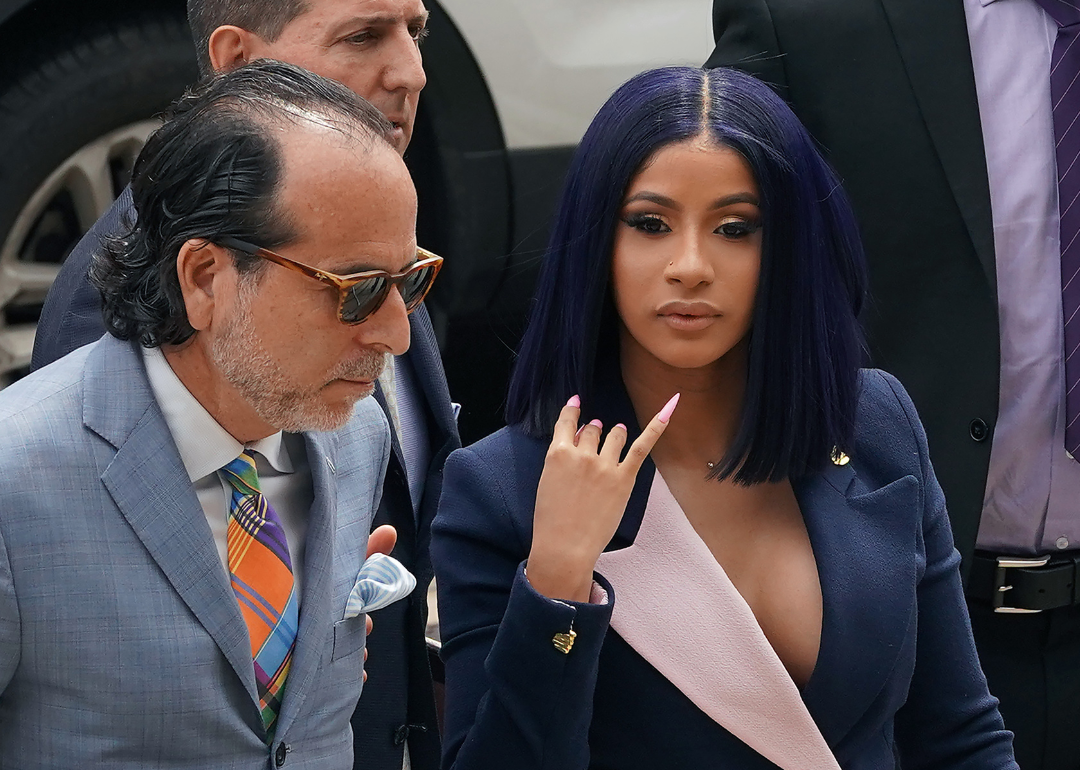 TIMOTHY A. CLARY/AFP via Getty Images

YouTuber Latasha Kebe, known online as Tasha K, was ordered to pay rapper Cardi B $4 million after fueling and perpetuating rumors that the rapper had been a sex worker and drug addict and had contracted herpes. Cardi B requested Kebe take down approximately 40 videos containing false information, which Kebe refused before legal action. During the court proceedings in January 2022, Kebe admitted to knowingly spreading misinformation. 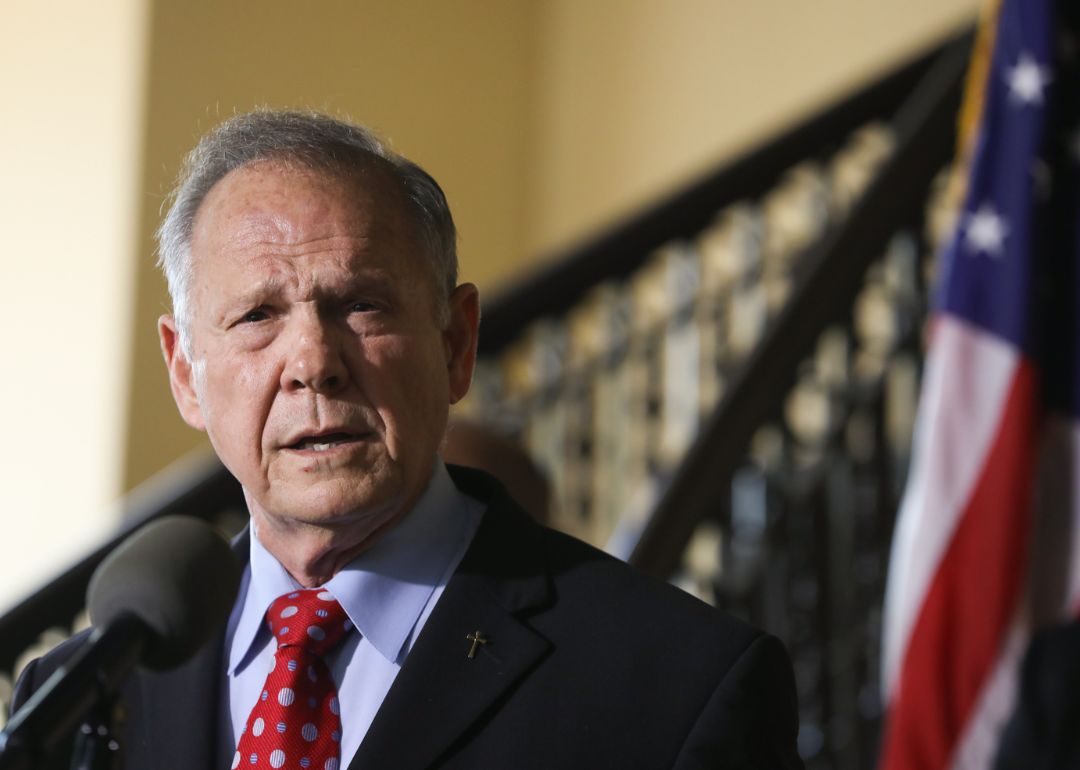 Republican and former Alabama Supreme Court Chief Justice Roy Moore was granted $8.2 million in August 2022 after a federal jury ruled that the Democratic-aligned Senate Majority PAC made defamatory statements about him. The defamatory comments were made in a television advertisement during the 2017 U.S. Senate race. Though Moore won this suit, he has lost several other defamation suits he has filed, including one against comedian Sacha Baron Cohen. 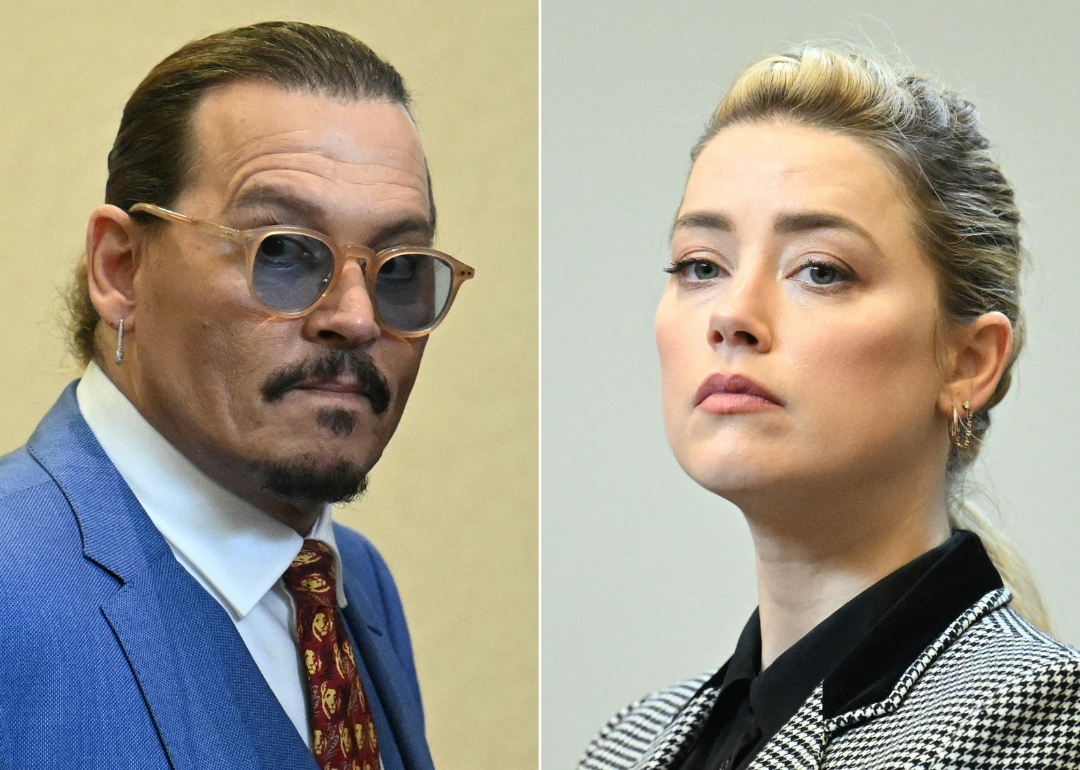 In a high-profile case widely debated across the internet, Johnny Depp was awarded a $10 million settlement in his suit against Amber Heard, who was awarded $2 million herself. The ex-couple accused each other of ruining the other's life and reputation during a weekslong trial that culminated in May 2022, sparking debates about potential domestic abuse perpetrated by both parties. The lawsuit stemmed from a 2018 Washington Post op-ed authored by Heard addressing how women who speak up against domestic violence are treated in the U.S. 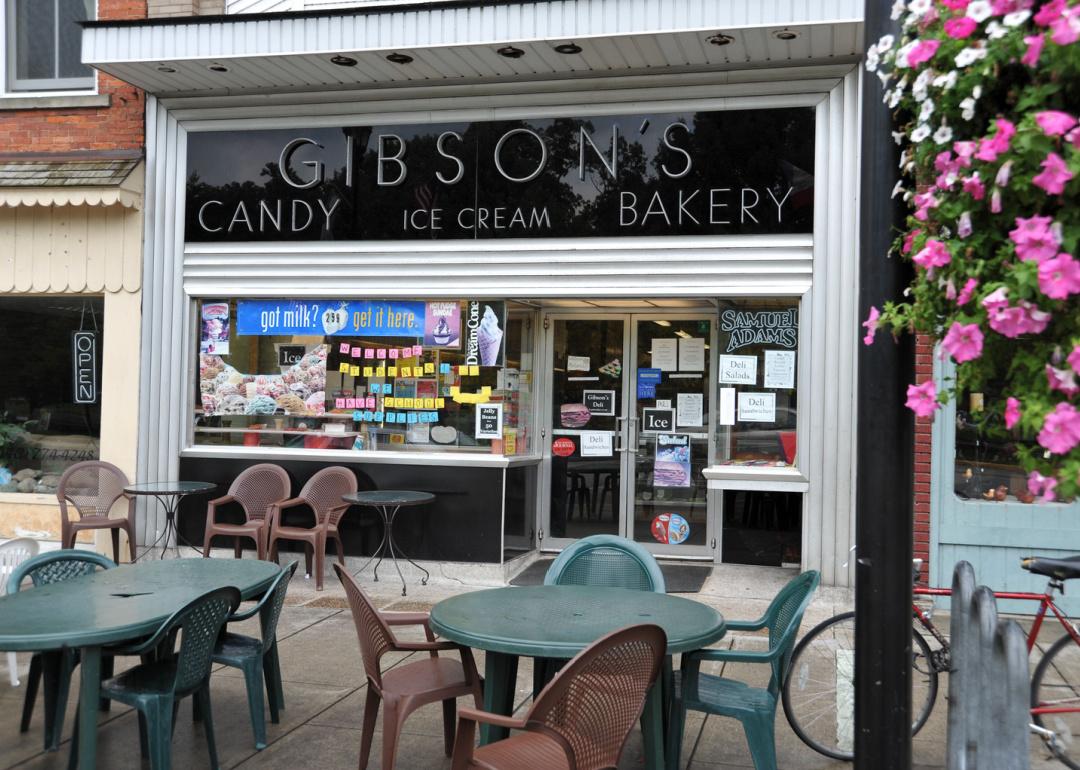 The summer of 2019 ended a yearslong ordeal for Gibson's Bakery when it was awarded $44.4 million for libel perpetrated by Oberlin College. The case was sparked by shoplifting at the bakery, which led to allegations that the small business was practicing racial profiling. Student protests ensued, which Gibson's Bakery said were supported by Oberlin.

You may also like: How cellphone use while driving has changed in America in the last 20 years 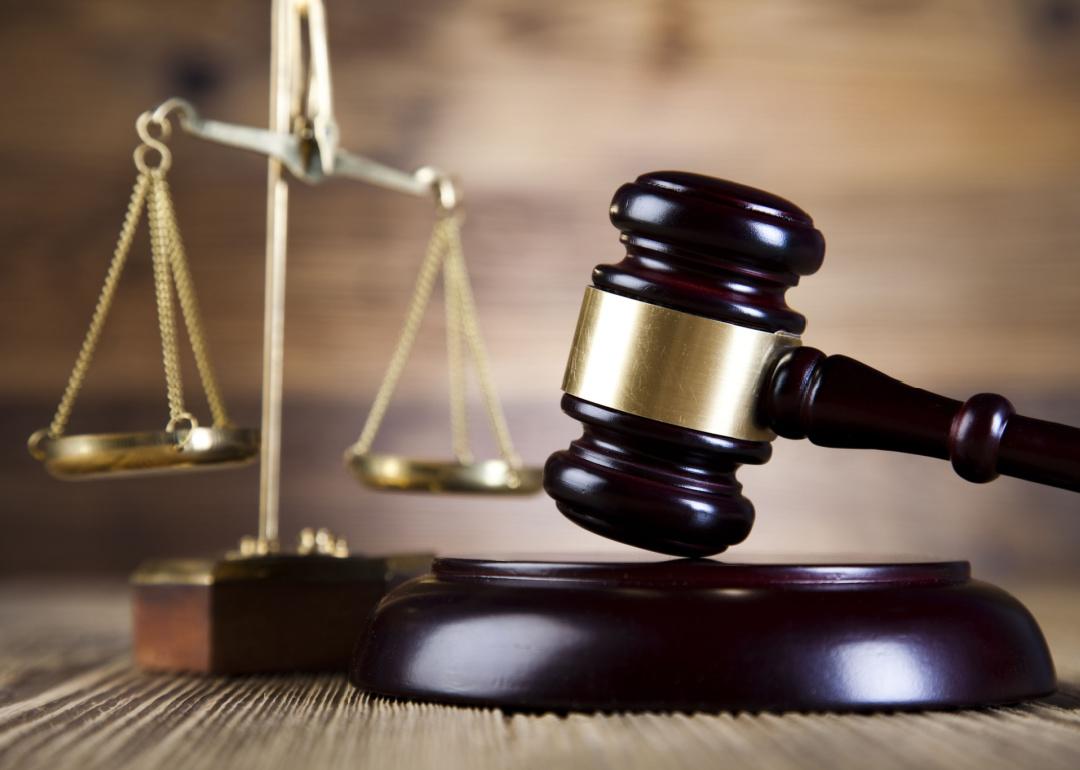 Bluffton, South Carolina, Mayor Lisa Sulka sued Skip Hoagland after he sent a series of emails during 2015 and 2017 accusing her of criminal activity and being unfit for office. The emails were received by numerous individuals, including public officials and the attorney general. Sulka noted that the psychological impact of Hoagland's comments was the most significant and was awarded $50 million in combined actual and punitive damages in February 2022. 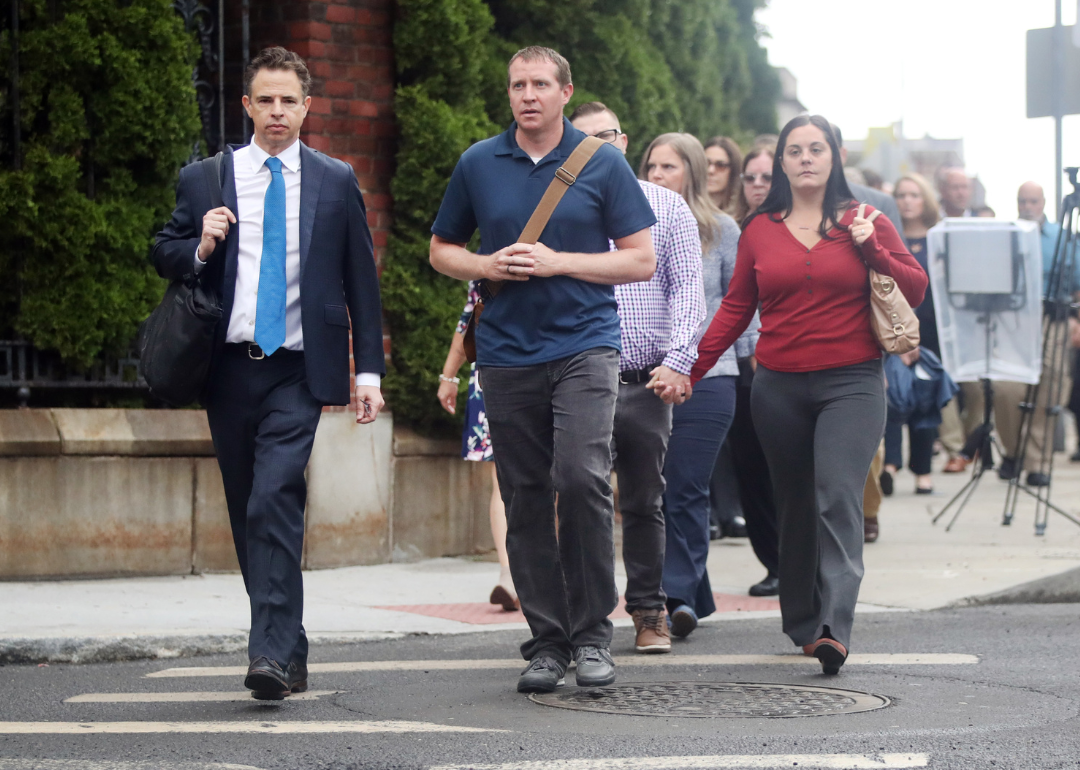 Marking one of the largest defamation awards in U.S. history, conspiracy theorist Alex Jones was ordered to pay approximately $1 billion in actual damages to the families of the victims of the Sandy Hook school shooting after he spread lies and misinformation about the event and those involved, including the false narrative that both the victims and their families were paid actors. The case, presided over by Connecticut Judge Barbara Bellis, sent a strong message about the viability of Jones' political style, though it may not necessarily discourage others from continuing on the same path. On Nov. 10, 2022, Judge Bellis added $473 million in punitive damages, bringing the total Jones owes to just under $1.5 billion. Jones has publicly stated that he does not have the money to pay the damages.